Hello! I am Hasti Sharifi. I am a Computer Engineer, a researcher and a Computer Science Ph.D. student at the University of Illinois at Chicago. My research interest is in Human-Computer Interaction. I am currently working on designing and creating tools for older adults to improve their technology experience. I am also exploring designing to promote behavioral change. My work is under the supervision and direction of professor Debaleena Chattopadhyay at the Human-Computer Interaction Lab (HCI Lab) and the Electronic Visualization Lab (EVL).

If you want to know more about me, feel free to send me an email.

Isolation and loneliness can have many harmful health outcomes on people such as premature mortality, dementia, heart failure, and many others. Nowadays approximately 25 percent of older adults in the United States feel socially isolated and many more feel lonely. The COVID-19 pandemic has been no help to this population, and has made things even harder on them. Older adults are considered one of the main at-risk populations for COVID-19 and the social distancing has been intensifying their feeling of loneliness and social isolation more than ever.

There are many programs and social groups to help this population through these challenging times, but unfortunately not all older adults know how to look for them. We created a new web searching interface that older adults can co-use along with their caregivers in order to look for accessible resources addressing these issues.

WanderFree is a virtual reality application for low budget traveling. This is the project that our team conducted for the User Interface Design CS422 course at UIC. The purpose of this project was to get more familliar with UI design principles on the job of designing a distinguished VR user interface. 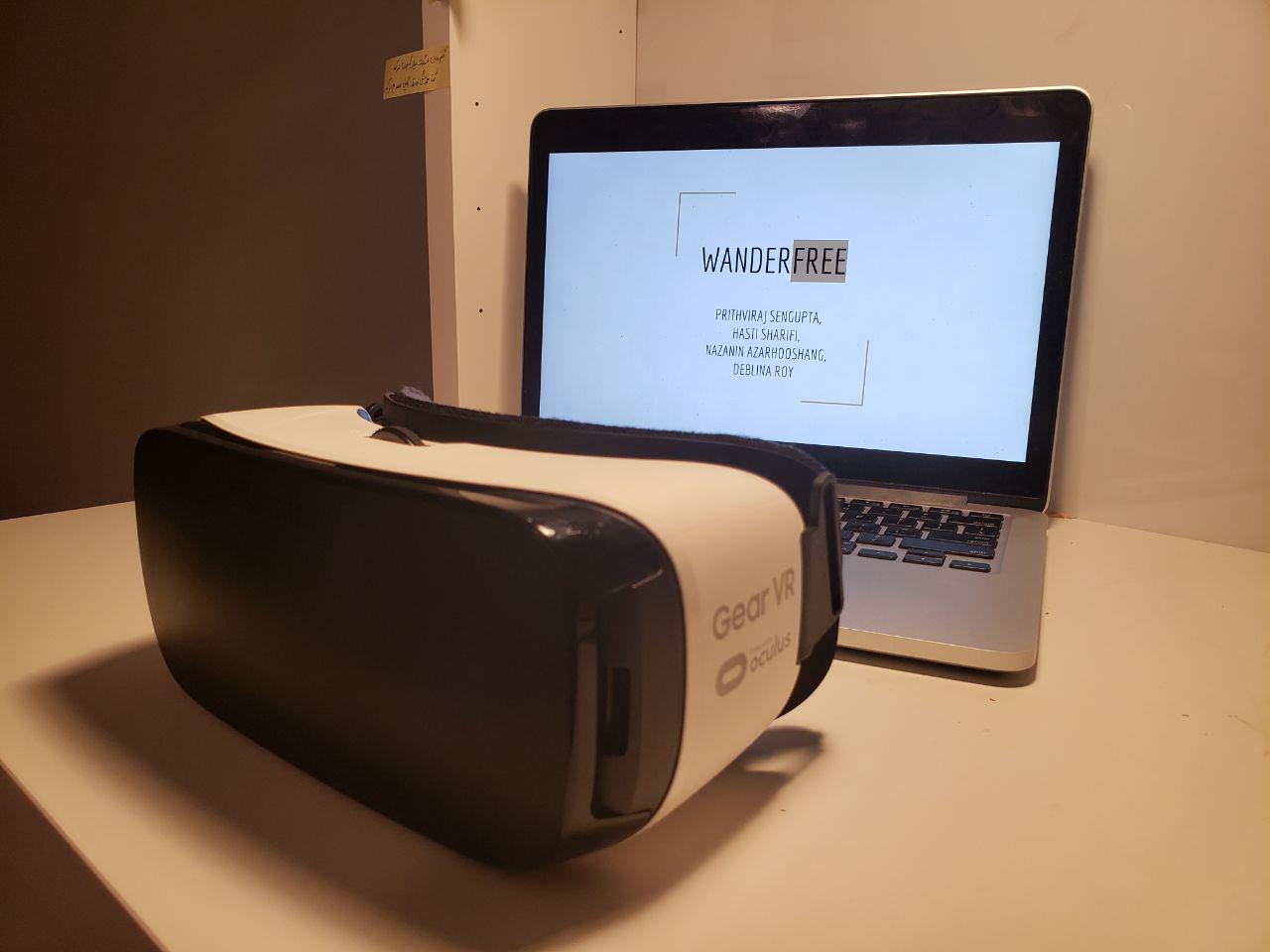 We started with finding a problem statement and we interviewed a few people regarding to our problem. By the observations from these user interviews, we were able to define our project's user classes and goals.


Thus, we defined the appropriate scenario for our application and according to that we started preparing the design sketches to address each requirement in the scenario.

After finalizing the our design sketch, we prepared the initial paper prototype for user testing. For testing one of our members played the role of the facillator and the other three were the observers. During each test session first we breifly explained the procedure to the user, then we presented a task index card and asked the user to do that task while thinking out loud. We conducted three iteration of user testing and each time out paper prototype improved.

After finalizing the paper prototypes, we were ready to implement our computer prototype. In order to do so, we used proto.io which is an online tool to create interactive high-fidelity prototypes. We have asked a few of our classmates to do the heuristic evaluation of our prototype so we can go to the next step which is implementing the actual user interface and final testing. All the remaining steps will be finished by the end of this semester.

Papion Chef or Sarashpaz Papion It is the first and biggest cooking social media in Iran with more than 1,000,000 users. This application was first released in 2015 by Papion software Group which was formed at the same time as a startup. The first design of this application was only for the Android users to be able to post pictures of their food and share them with their followers. Later on we implemented this application for iOS and desktop users. As the number of the users grew over the time and it got more popular, new requirements emerged. Thus, the application had to change to fit the new user requirements.

By conducting a user test on the old âPapion Chef application, we found out the pain points and most desired new features in the application and redesigned it by an iterative process of sketching wireframes, doing user research, observing simillar applicaitons.

We tested the interactive design of the application on users and by recieving feedbacks, we started moving forward to a new user centered design.

In the final UI of this application we added some extra sections. Now the users are able to post food recepies along with pictures and use other people's recepies. We categorized the recepies in different categories so that the users can find them easier. Also we added some food-related articles to the application which were written by our nutrition professionals. From some of the user feedback we realized our users like to know which pictures and recepies are most liked between the users, so we added the "Best Pictures" for some specific period of time.

Keeping in mind the application is being designed to be used by the Iranian users, the design should be carefully customised to the rtl language. It is wrong to make every element in the design the opposite direction it had on the guidelines or similar English applications, as it may be something all people around the world agree on it, for example most of the people are right handed and it is easier to hold the cellphone with the right hand. So in these cases, we had to be careful about the design and what should be rtl or not. Also, most of the users are used to using applications like Facebook or Twitter. Hence, mirroring every element in the design may not be a great choice, as it is against what people get used to when working with other applications.